Oh my goodness. You guys. Disco's personality is just larger than life.

That said, he's not completely incorrigible. 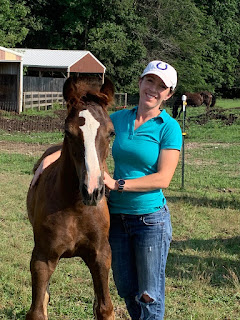 He's now halter broken and walks and trots in hand, although he was VERY indignant about the idea that anyone would even consider putting a THING on HIS HEAD! I wish I could share the audio from this, but he was walking around making dinosaur noises and chasing Lisa to see if she would take it off his head.

He's also the dog's best play buddy this year. The dog loves to play with the babies every year but not all of them will take her up on it.

And he has, uh, not shown a need for speed, lol. Maybe it'll come.

It's so much fun to watch him grow up! 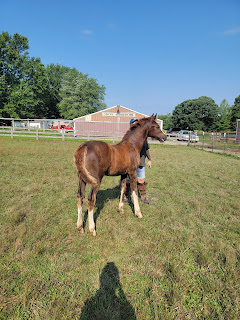